Tiger Woods is the greatest winning machine golf has ever known. This is also a golfer who deals exclusively in realms of the extraordinary.

It was only a matter of fitness and time before he moved alongside Sam Snead for the most number of wins on the PGA Tour. The way he equalled the record of 82 victories was remarkable and in keeping with his exceptional career.

The Zozo Championship, the inaugural PGA Tour event to be held in Japan, was Woods first competitive golf since August. The 43-year-old has been recovering from yet another operation on his left knee.

This was only his sixth completed tournament since April when he won the Masters to claim his 15th major title. After that stunning triumph at Augusta, Woods struggled for form and fitness.

We can now safely attribute that poor spell, in which he posted only one top 10 and missed cuts at the US PGA and Open championships, to the effects of cartilage problems now rectified by the fifth and latest knee procedure.

Woods shook off rust from this latest spell of competitive inactivity within three holes of his triumphant return. After a hat-trick of bogeys he proved unstoppable despite massive weather interruptions at the Narashino Country Club.

Traditionally he likes tough courses and conditions in warm weather. Firm fairways, demanding greens and narrow targets that call for supreme shot-making bring out the best of Woods.

In Japan the course was relatively short, the fairways were soft and played wide and there was a chill in the air. Yet he still built a three-stroke lead to take into the final round, a position this winning machine never squanders.

Woods has now won 25 tournaments and lost none when carrying at least that advantage into the closing circuit of holes. Here he needed to play 29 holes on Sunday before the closing seven as the event spilled into a fifth day.

That was a big tick in the fitness box which will give him great cause for optimism for the future.

Jack Nicklaus has always said he is grateful for Woods’ pursuit of his record of 18 majors. The now 79-year-old, who claimed 73 PGA Tour victories, reckons it has served to keep his own feats in the public consciousness.

So it would only be right to reflect on Snead’s extraordinary achievements as Woods moves alongside him at the top of the PGA Tour victory ladder.

“Slammin’ Sammy Snead” won his 82nd and final title at the age of 52 at the 1965 Greater Greensboro Open at Sedgefield Country Club. He won by five shots with another great, Billy Casper, among his closest rivals on the leaderboard.

“I don’t think there’s any question in my mind that Sam Snead had the greatest golf swing of any human being that ever lived,” Gary Player once said while Nicklaus claimed the action was “so perfect”.

Snead first came into golf as a caddie at the age of seven in his native Virginia and went on to develop a prolific career that yielded no fewer than 141 professional wins, including seven majors.

He was self taught and recorded victories in five different decades, despite spending two years serving with the US Navy during the second world war.

Woods was aged five when he first met Snead. He recalled being “a little snot-nosed kid”.

If he only knew … 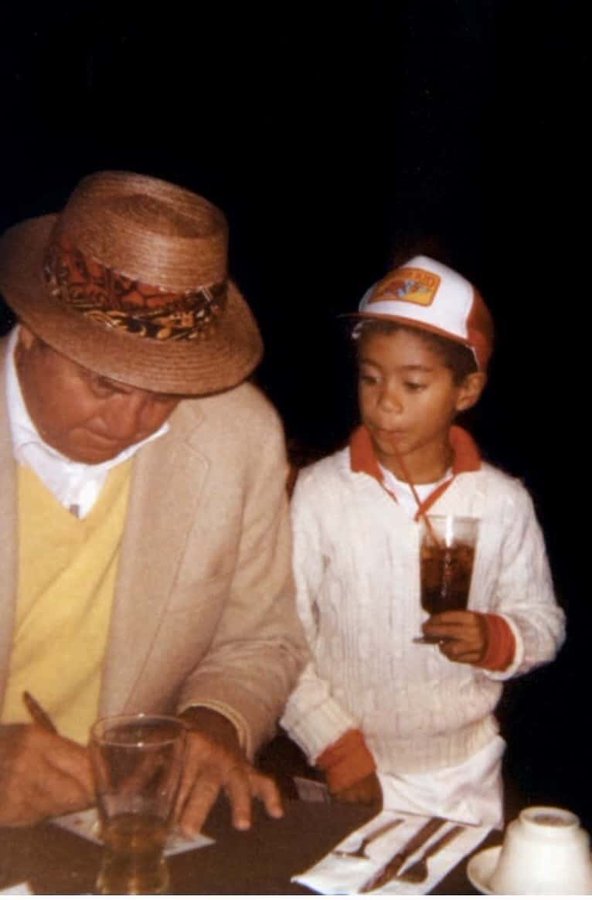 3,570 people are talking about this

They played two holes together on a course near Los Angeles and the youngster impressed as he played a shot from water to make bogey on a par three.

Snead was a playing captain at the 1959 Ryder Cup and it now seems certain that Woods will perform the same dual role at this year’s Presidents Cup. He will surely select himself for the US side when he announces his wildcards next Monday.

After holding off local favourite Hideki Matsuyama, who will be in the international team for December’s match at Royal Melbourne, Woods smiled as he said: “As a player, I got the captain’s attention.”

Remarkably Woods has now won three of his last 14 starts on the PGA Tour – last year’s Tour Championship and the 2019 Masters being the other successes. The only other players to win three PGA Tour events since last years play-offs began are Brooks Koepka, Rory McIlroy and Bryson DeChambeau.

Now there is the quest for a record breaking 83rd win, which will most likely start at Torrey Pines in late January on a course where he has won eight times before.

The numbers surrounding his career are astonishing. He had 70 PGA Tour wins by the age of 33. Then came the breakdown of his marriage in the wake of the multiple affairs revealed after his car crash in 2009.

Injury blighted the last decade as well. There were issues over dependence on pain-killing medication and a DUI arrest and conviction for reckless driving.

But a back fusion operation in 2017 meant a career he thought might be over is still going strong, even though at one point he fell as low as 1199th in the world rankings.

Woods has always astounded. Now sixth in the standings, the last dozen wins have come in this turbulent but, in many respects, redemptive decade and are among the most impressive of his career.

The strength of modern day fields is probably greater than ever, given modern equipment and training techniques. He is not the longest out there anymore but his mental strength still sets Woods apart.

He is two months short of his 44th birthday and we can officially say that no one has won more PGA Tour titles. It feels certain he will add to his collection if he can retain his fitness.

And if he does, Nicklaus’ record of 18 majors is far from safe.

5 TIPS on how to maintain EMOTIONAL balance

5 TIPS on how to maintain EMOTIONAL balance

It is a Radial station that emits its signal online. Media of communication private to politics and religion, respectfull of all beliefs. With a journalist line founded in the contribution to personal family business growth and the development of a society with the sole mission of thrilling the senses of youth and adults with our musical program journalist content and live programs.
Contact us: info@eradiobrooks.com

Mayor, Barry Morishita kicks off the Christmas party of the Filipino...

In this portal we use our own and third-party "cookies" to administer the portal, prepare statistical information, optimize functionality and show advertising related to your preferences. Get more information here or enter Settings.

Fiat Chrysler and Peugeot owner ‘on verge of’ merger

This website uses cookies so that we can provide you with the best user experience possible. Cookie information is stored in your browser and performs functions such as recognising you when you return to our website and helping our team to understand which sections of the website you find most interesting and useful.

Strictly Necessary Cookie should be enabled at all times so that we can save your preferences for cookie settings.

If you deactivate this cookie we will not be able to save your preferences. This means that every time you visit this website you will have to activate or deactivate cookies again.